He completed his advanced surgical training in Plastic and Reconstructive Surgery, Hand and Microsurgery in Melbourne and Perth, in 2001, securing the Leibinger Travelling Fellowship prize twice in four years and a Royal Australian College of Surgeons prize for research. Since, he has completed a Fellowship in Cleft Lip and Craniofacial Surgery at Princess Margaret Hospital for Children prior to being granted Consultant positions at the Pulvertaft Hand Surgery Unit, Derbyshire, United Kingdom and Cork University Hospital, Republic of Ireland.

He is a past Chairman of the West Australian regional committee of the Royal Australian College of Surgeons, is the immediate past Head of the Department of Plastic Surgery, at Sir Charles Gairdner Hospital, Perth and is the current President of the West Australian Society of Plastic Surgeons. He has been involved in the selection and training of the next generation of Reconstructive Plastic and Hand surgeons, has performed overseas foreign aid trips in reconstructive surgery to 3rd world areas including Tonga and Bangladesh and is on the assessment panel for International Medical Graduates, through the Royal Australasian College of Surgeons.

He is a full time Plastic Surgeon, holds an honorary teaching role at the Curtin University School of Health Sciences. His main interests are in training of the junior staff, specialty plastic surgery of the hand, breast and body, and injury management and it’s prevention. He has recently been the guest speaker at BHP’s health, environment, community and safety awards night in Newman and has been heavily involved with industry in developing new innovations in minor and major injury prevention. 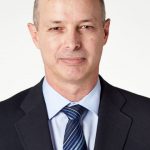 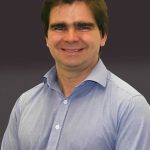